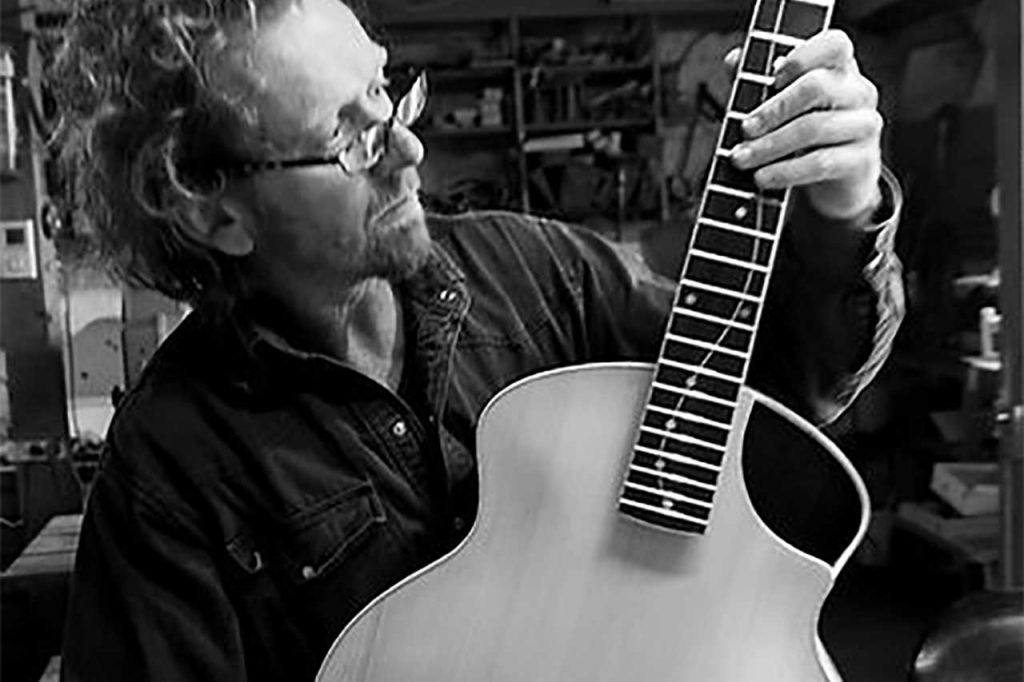 A big thanks to Fred Kopo Guitars for joining the Luthiers.com Family !

You can find it on Luthiers at this address: https://luthiers.com/listing/fred-kopo/

And we strongly recommend that you also discover these latest creations on its website: https://en.kopo.fr

As you could see, Fred Kopo, the founder of Kopo Guitars makes great guitars, basses and many other instruments… and they sound!

Frédéric Pons, better known in the world of Luthiers under the name Fred Kopo, is an exciting and passionate luthier with an impressive background.

He founded his Atelier Kopo in 1988 in Rennes.

Highly recognized by his peers, he is also President, since its foundation, of the APLG, in French: “Association Professionnelle des Luthiers artisans en Guitare et autres cordes pincées“, in English : Professional Association of Luthiers in Guitar and other plucked strings.

He is known to have been concerned about the future of his profession for a long time now due to the use of different wood species.

In search of sustainable and efficient solutions, he has been interested in composites since the 90s. He is carrying out multiple experiments, which we will be pleased to talk about shortly in the Luthiers.com blog, notably with carbon fiber and other materials.

From the 2000s, he favours non-tropical woods and eco-composites. His research is more and more oriented towards the making of acoustic instruments, but according to the requests and needs of his customers, he remains of course open to the design of electric instruments.

Some pictures of Fred Kopo’s creations
handpicked by our team