My name is Roderick, and the principal of Octigan Guitars, and as such each instrument produced at Octigan Guitars is hand made by me. The journey begins with the sourcing of tonewoods through to the final setup.

Being inspired by my grandfather, an award winning luthier himself, I have developed a passion for building beautiful archtop guitars.

When a customer asks me to build their dream guitar, I encourage them to have an involvement right from the beginning. I instigate a discussion to discover preferences in tonewood species, right through to the type of finish and setup.

The tonewoods I use vary in origin, some are native to Australia and New Zealand and some come from as far away as Europe and the Americas.
As each guitar is unique in its’ design, I find the most successful way in which to approach each request is to use one of two basic models, which I add to and embellish to your taste and requirements. As a result I do not have a range of models to choose from but can definitiely show you an example.

I am the proud new owner of a Roderick Octigan acoustic archtop ( No. 8 ). The journey from the initial discussions and concepts to a completed instrument was a very engaging and delightful process.

Rod is a very meticulous, thorough and uncompromising luthier who is influenced by the Bob Benedetto design but whose passion for working with wood comes from his forebears. the word “artisan” rests easily on Rod’s shoulders and my guitar has a breathtaking aethstetic and elegance about it and harks back to the golden age of lutherie. and now to the sound of the guitar…… it is magnificently voiced and beautifully balanced.

It has that characteristic and defining hallmark of all finely carved archtops;– it has a harp-like quality in the upper registers.the guitar projects very well and you can feel the power behind every note and chords are very ballsy and articulate . amazingly this guitar is only three weeks old ! i would put this guitar up against any Benedetto, Monteleone , Ribbecke et al and it would hold its own. finally, Rod is a very affable and accommodating kind of guy and strives to produce the instrument you have in your imagination.

Over recent months Melbourne jazz musician Geoff Hughes has been trying out some of my instruments and has had a few kind words to say about my work, to quote Geoff…

I met Rod Octigan for the first time, late last year in his workshop in Boronia – where he had a couple of his earlier guitars hanging up on the wall – including a lovely tobacco sunburst archtop. I was struck by the beautiful simplicity of the instrument, a fairly orthodox build on a familiar theme – but beautifully made and very playable; and for Rod – a sublime document of the realisation of his latest idea – which was simply leading him onward to his next creation. As a professional musician, I feel a great comradeship with anyone in the business who has become utterly obsessed with their calling -and it was pretty clear that Rod, a self employed carpenter, had seriously embarked on a journey of guitar-making to a level that was way in advance of where you might expect someone in the early-ish years of that journey. This unassuming and intuitive luthier already had a strong aesthetic with his instruments – and the practical, sure hand of a true craftsman.

While I was in the workshop on a couple of occasions at the end of 2011, another of Rod’s projects was taking shape – a cutaway archtop with a different combination of woods; including engelman spruce, blackwood and rosewood – and the most beautiful neck I’d seen on an instrument for some time. That guitar was completed over the summer – it was a real beauty to behold and Rod allowed me to take the instrument for a spin on a club date, where I had fully intended to play a few tunes on it before returning to my own guitar. As it turned out, I just couldn’t put “the beast” down – the instrument had the most beautiful and unique tone, and was a total joy to play.

I have had Rod do a couple of jobs for me on my own instruments which have improved their playability no end – and I’m currently in cahoots with him over another instrument for myself.

Today's work schedule is not available 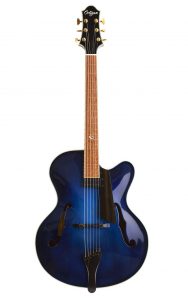 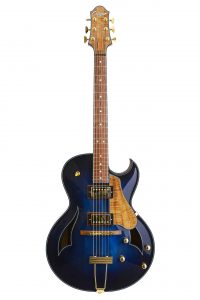 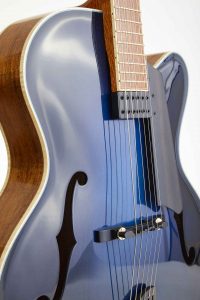 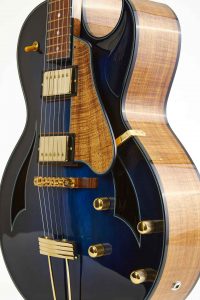 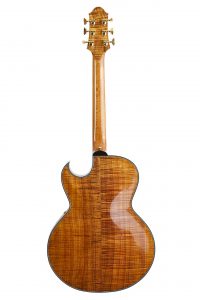 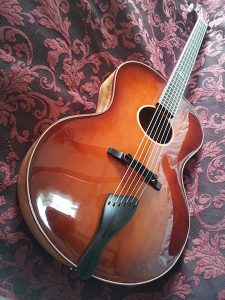 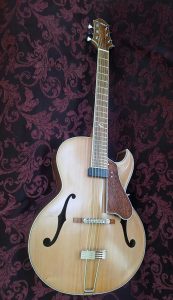 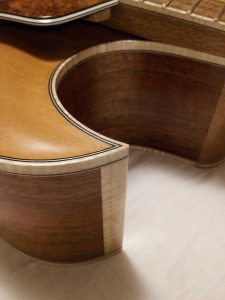 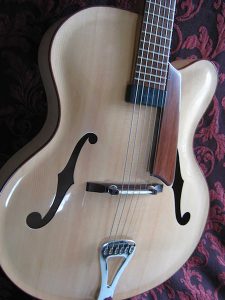 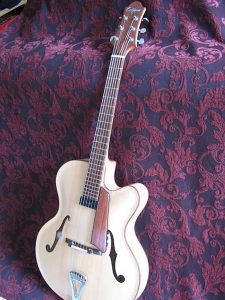 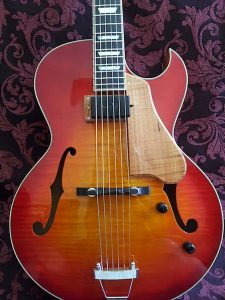 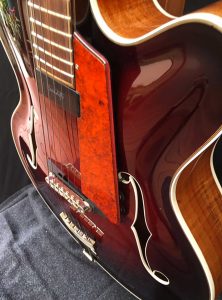 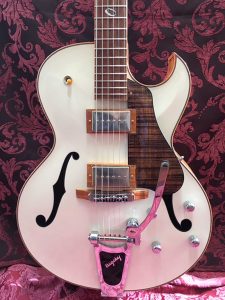 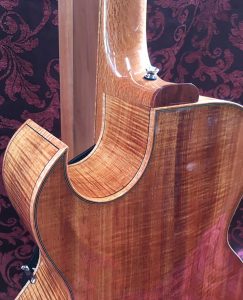 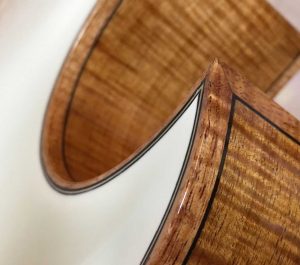 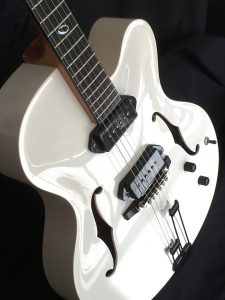 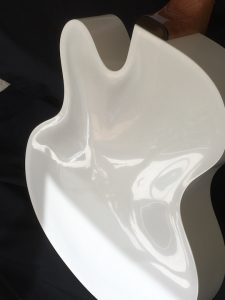 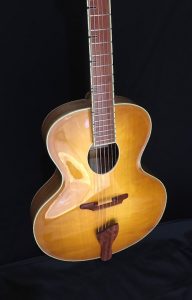 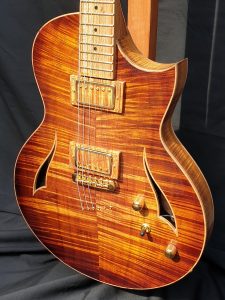 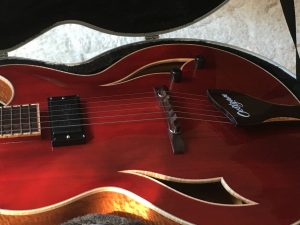 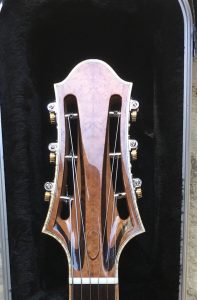 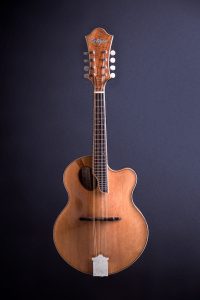 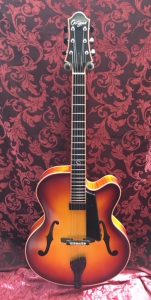 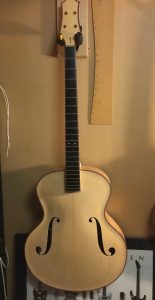 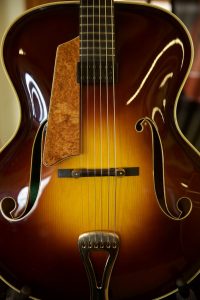 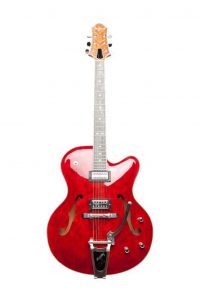 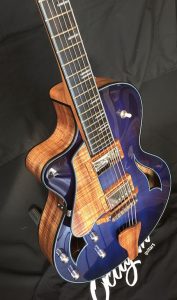