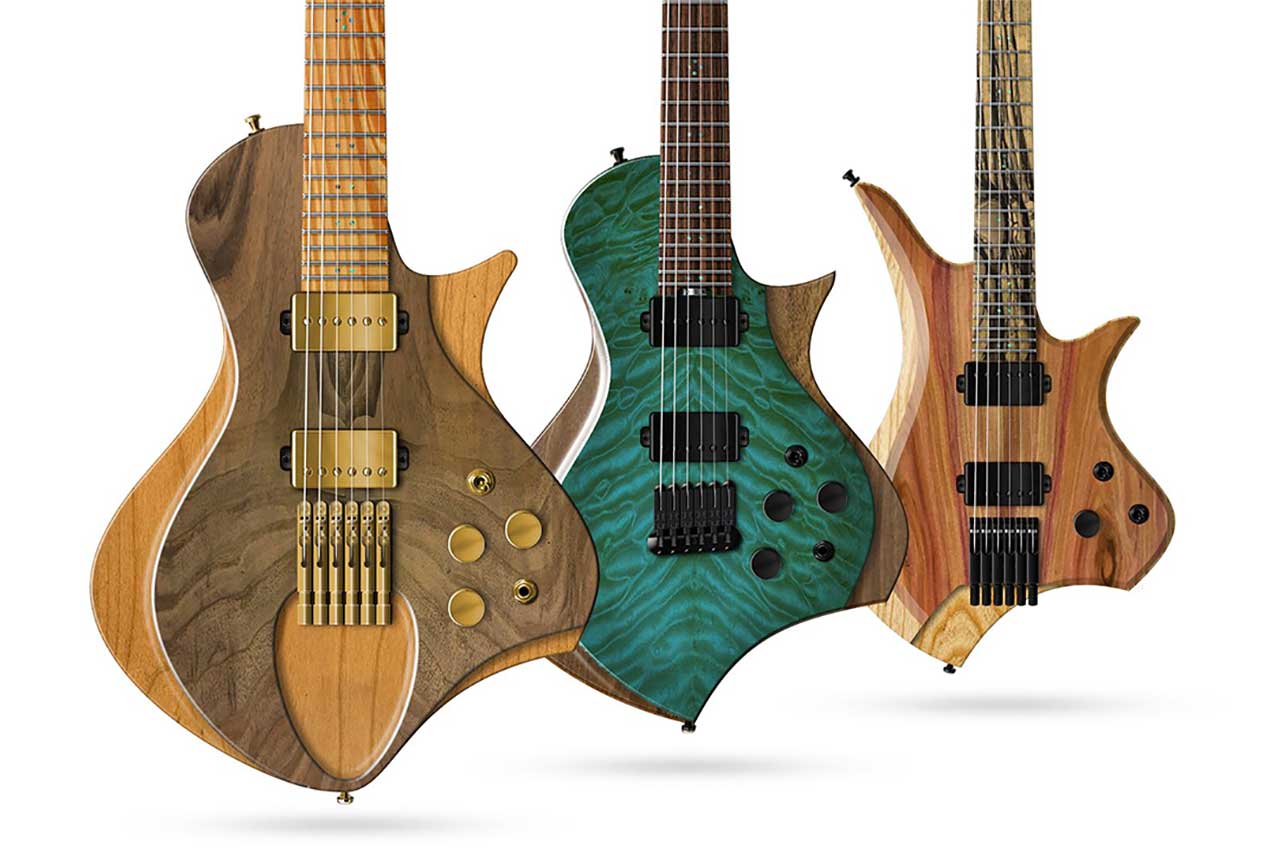 TRAINING & BACKGROUND: autodidact (books, friends, youtube 😉 studied business economics but music and arts always played a role in my life so I got interested in the electric guitar, learned piano in music school before, now I concentrate on designing electric guitars an basses, I cooperate with Roy Fankhänel (master craftsman of guitar building) who is manufacturing the odem Guitars, he is truly a master of his field.

PLAYING: my own odem Guitars (mostly the prototypes I made), Piano

NAME OF YOUR HIGHSCHOOL BAND:</strong none, played just in church services

LUTHIER YOU ADMIRE THE MOST:  Roy Fankhänel of course but it has to be said, that there are a lot of luthiers doing great jobs out there which I respect a lot

LAST ALBUM YOU BOUGHT : I mostly stream now but Lari Basilios „Your Love“ is the newest guitar album I hear, mostly in my car which has the best audio system I ever had

LAST MUSIC SONG YOU PUT IN YOUR CAR: John Barleycorn must die Traffic

LAST SHOW YOU WENT TO : It’s been too long since I visited a show 🙁

MOST IMPRESSIVE INSTRUMENT YOU EVER HAD IN HAND: My first odem Gignera prototype

odem Guitars Interview – Can you tell us what you consider to be the most important thing when you design a guitar ? What is your process of creation and how does it often start?

When designing guitars, the harmony of the curves plays the most important role for me, embedded of course in functionality and ergonomics. The lines must be pleasing to the eye and the guitar as a whole must be harmonious and balanced.

I usually start with a frame to estimate the size of the instrument and place the most important key data, such as bridge and body-neck transition. Then I just start drawing. Most of the time I have a rough idea in my head and then it’s a matter of slowly working on it. Most of the time a little distance helps to re-evaluate the drawn curves.

odem Guitars Interview- Can you present us your flagship models ? and your company philosophy ?

We currently have 4 model in our line-up. There are two basic shapes, one with head plate and one headless model. Whereby each model modifies the basic shape somewhat and transfers it into an independent appearance.

One is the Levora and Gignera, both recognizable by the terraced heels on the left and right.

Levora conveys the message “never give up and live your vocation and develop your potential”.

The message of the Gignera is “to preserve life and value each person as wanted”, inspired by the curved shape of the body and the recess on the body constructively necessary for the voices that visualize the theme of birth.

The other two models have the curved beveled edge of the body as a common feature.

Tenua wants to inspire “to protect and align your thoughts with what edifies.

Spera is associated with the idea of “preserving the hope for a better future that drives us to persevere and overcome the adversities of today”.

When designing, it is also always important to me that the model not only functions as a sound generator, but also inspires the thoughts with a message of encouragement and uplifting.

The thoughts for me are either connected to a personal experience during the time while I was creating the design or arise directly from the design itself. This is in sum also the philosophy of odem Guitars, we want to inspire people with our instruments.

odem Guitars Interview – According to you, what is the most impactful thing in the instument sound ? The woods ? the building technique ? what should a buyer ask for when he want to order an instrument when he was to be sure he is ordering the right instrument for him?

For me, the most important source of the sound of an instrument is still the fingers of the person playing the instrument.

It is the source of the sound. Without the person being inspired by the instrument, the best instrument made of the best materials will convey nothing.

After that, of course, comes the instrument itself, which must also be able to produce a sound usable by the musician, which in turn inspires itself, setting in motion a cycle.

In the case of the electric guitar, the influencing factors are very diverse, and any place can be a bottleneck. These include, of course, the materials, such as the wood and the hardware (especially the pickups and cleanly finished electronics), but the workmanship and fit itself, especially around the neck, also has a big impact. Then there’s the cable that carries the signals to the amp and, of course, the amp, the speakers and the positioning of the amp.

Of course, a buyer should know what kind of music he wants to play, as this already limits the choice of woods and hardware. But there is also enough room to try new things and go your own way.

We build instruments ourselves from time to time, where we go new paths in terms of wood and materials and perhaps inspire one or the other new.

odem Guitars Interview – For a custom instrument, can you explain your process? What are your average delays? And how do you advise your customer? What questions do you ask him so that his instrument is perfectly adapted to his expectations?

Even with custom instruments, we first stick to our basic shapes, because these already incorporated a lot of thoughts regarding functionality and ergonomics into a functioning overall concept.

The first step is of course to let the customer describe what his motives are and to find the way how his goals can be combined with the instrument. If this succeeds, there are either already specifications, e.g. from our series, for which the customer decides or we design ourselves and visualize the future instrument.

odem Guitars Interview – Do you have famous musicians playing on your models ? If so, can you tell us who ??

Of course it is also a great experience for us when our guitars are played on the big stages and we see them in action.  Martin Fankhänel plays his Levoras with the band Seven Steps To The Green Door on international stages. When photos come flooding in, it creates a special feeling.

But it always fills us with gratitude when a customer chooses our instruments, no matter if they only inspire him at home or if they are used as workhorses on stage .

Luthiers.com brings together luthiers from all over the world. According to you, how is the German lutherie different?

I can’t say so much about that because I don’t know the situation in other countries so well.

I think the guitar community is a very international one and platforms like luthiers.com bring people together from all over the world, so borders disappear. That’s great to experience. We have also shipped guitars abroad.

Where can we buy your instruments? Can we try them somewhere? Will you participate to some guitar shows ?

If you are interested in our guitars, the best way is to write me an e-mail. We have a few “in stock” so that they can also be played in the workshop of Roy Fankhänel or we talk about a possible custom instrument.

A few dealers have our guitars on display, e.g. Guitars and Stuff in Waldshut-Tiengen and Musikhaus Markstein in Hartenstein, both in Germany, as well as Pyramid-Guitars in the USA.